At Eklektika, we are constantly coming up with ideas on how to help our students get better and learn more and more. For this reason, we have decided to offer free webinars to all our current students!

The first webinar “Pronunciation 101” tackled some of the most challenging sounds in the English language for Polish speakers, as promised, we have written an article answering some of the questions that came up during the webinar as well as providing a summary of the information taught.

As mentioned in the webinar, these two sounds are almost exactly identical except for the vibration attributed to the /z/ sound, you can see it in the following pictures: 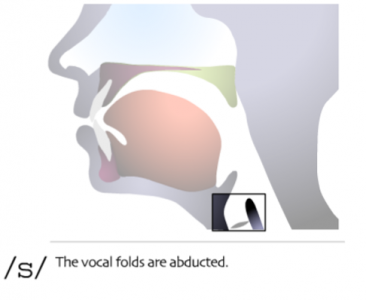 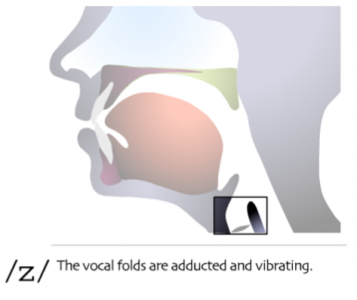 2. Are the sounds /s/ and /z/ only connected to their representative letter s and z?

The short answer is no. Due to the way the English language works, a lot of letters or letter combinations may sound as others, for example, the way in which the “ph” sounds like /f/ in the word Philadelphia, but also “gh” sounds /f/ in the word Cough and of course /f/ in words such as Life.

4. Could we get some words to practice?

The best words to practice these sounds are words which are written in a very similar way but feature these 2 sounds, this way you can clearly make up the difference between them.

5.  What are the rules for -ed pronunciation?

You may find these rules and example on how to make these sounds by reading our article Grammar bytes 1.0 – Simple Past where we detail the basic definition of this tense and all the grammar rules.

6.  What are some of the most challenging sounds for Polish speakers and why?

Consonants can be voiced (with vocal folds vibrating) or voiceless (with no vocal fold vibration).
In Polish, at the end of words, voiced consonants become voiceless
kot = kod jesz = jeż
But this is not the case in English
coat =/= code buzz =/= bus
As a result, problems with consonant voicing are a major source of Polish accent in English

7. What can we do to practice and improve the pronunciation of the afore mentioned sounds?

You can practice by using minimal pairs. Minimal pairs are pairs of words that are only different in one sound, they are used to emphasize the correct pronunciation of easily confused words.

You may use this table to start practicing!

If you have any more questions concerning the content of the workshop, do not hesitate to leave us a message in the comments below and we will get back to you as soon as possible!

This website uses cookies to improve your experience while you navigate through the website. Out of these cookies, the cookies that are categorized as necessary are stored on your browser as they are essential for the working of basic functionalities of the website. We also use third-party cookies that help us analyze and understand how you use this website. These cookies will be stored in your browser only with your consent. You also have the option to opt-out of these cookies. But opting out of some of these cookies may have an effect on your browsing experience.
Necessary Always Enabled
Necessary cookies are absolutely essential for the website to function properly. This category only includes cookies that ensures basic functionalities and security features of the website. These cookies do not store any personal information.
Non-necessary
Any cookies that may not be particularly necessary for the website to function and is used specifically to collect user personal data via analytics, ads, other embedded contents are termed as non-necessary cookies. It is mandatory to procure user consent prior to running these cookies on your website.
SAVE & ACCEPT